The Oak Creek Watershed Council (OCWC), formerly the Oak Creek Canyon Task Force, was organized in 1994 by the Arizona Department of Environmental Quality (ADEQ) as an informal watershed group, and evolved into a community-driven non-profit 501 (c) (3) organization on September 11, 2003. The following comprise its 9-member Board of Directors for 2022.

Lisa is originally from Michigan where she grew up fishing, boating, and exploring the great lakes. That love and curiosity of all things water led her to pursue a Master’s degree in Aquatic Ecology from Utah State University. After Lisa finished her degree, she moved to Flagstaff in 2014 and spent two years monitoring invasive and endangered fish in the Grand Canyon before settling into her previous position as the Research and Stewardship Volunteer Coordinator at the Grand Canyon Trust. Now, Lisa works with the Grand Canyon Trust’s Communications Team.

Lisa’s time in the Southwest has given her an appreciation for the connection between water and the people and wildlife that depend on it. Her passion is in watershed science, citizen science, and stewardship! Above all else, Lisa loves connecting people to nature. She believes positive change happens when we care deeply about a place and are educated, empowered, and engaged members of the community. Lisa truly believes that her experience in the non-profit realm and volunteer coordination will be an asset to the OCWC team.

Judy has lived in Phoenix since she was 6 years old. Her Arcadia neighborhood was surrounded by orchards, canals, and irrigation ditches which developed a love and appreciation of waterways there and in the surrounding communities of Phoenix. She graduated from Arizona State University with a B.S. in Education, teaching elementary Physical Education for over twelve years between raising two sons with her husband, David F. Lewis.

Judy was a member of the Metropolitan Canal Project in the Junior League of Phoenix in the 1980s which brought her into the community to promote the beautification of the waterways in Phoenix. She has dreamed since she was a child about beautifying the crosscut canal on 48th Street and Indian School Road in Phoenix. Through the speaker’s bureau, she was able to help many organizations to join in to realize the potential treasure of waterways in Phoenix.

Judy and her husband had visited Oak Creek Canyon in the 1960’s during their childhood on many occasions and their shared love of the beauty of the Canyon gave way to buying a summer home in Pine Flats in 1987 at the headway of Oak Creek. Which was a dream come true to share with their two sons the joy they had as children in Oak Creek Canyon. Barry Allan, a neighbor who was actively involved with the Corridor Management Plan and Oak Creek Canyon Task Force, invited Judy to join OCCTF, which became the Oak Creek Watershed Council in 2003.

She has served on the Board as secretary/treasurer. She was off the board for four years and rejoined in 2018. As a board director of Oak Creek Watershed Council, she is currently Treasurer, member of the committee for fundraising/ membership development, and managing the Adopt a Highway milepost 392-94/89A effort.

Judy has a deep-seeded love for her communities. As a resident in Oak Creek Canyon, she has joined the Traffic Matters committee of Oak Creek Canyon Property Owners and is currently on their board.

Nick has lived in northern Arizona for over ten years. He attended Northern Arizona University to receive a Bachelor of Science degree in Environmental Science. Since then, he has worked in conservation conducting environmental restoration and education, trail work, and community organization. Nick currently works for the Forest Service on the Coconino National Forest.

Nick was one of the earlier Oak Creek Ambassadors helping to educate visitors on the impact of recreation on water systems. He loves Oak Creek and has worked to increase visitor awareness of environmental issues and to help instill a passion of conservation in others.

Ashley most recently worked for the city of Sedona as the Public Relations Coordinator, and is currently going back to school to pursue a degree in Occupational Therapy.

Ashley has always been interested in water science and finds watersheds and Oak Creek in particular fascinating. As a board member, Ashley wants to encourage education and participation with the community to create a sense of ownership and pride in our waterways and watershed. Ashley always learns something new when participating in a cleanup day and is excited to share those tidbits! Ashley has lived in Sedona (VOC) for almost 5 years, and in that short amount of time has seen how the increase in recreation directly impacts our delicate ecosystem here. Ashley believes this is all the more reason to become involved as she wants to help protect this special place!

Bryce is currently a Sustainability Coordinator with the City of Sedona and has over 13 years of experience working with local municipalities.

Bryce worked for the City of Prescott Recreation Services Department overseeing lakes operations, special event coordination, and developed a waste management plan for the City’s lakes. Bryce also worked as the Environmental Caucus Manager for Northern Arizona University where he developed webinars and outreach materials, coordinated sustainability initiatives, and facilitated the University’s 2021 Climate Action Plan. During his graduate coursework he developed ArcGIS maps to highlight litter densities within watersheds, facilitated climate conversations, and created GHG inventories. Bryce also developed a climate reference manual for use at Flagstaff area National Monuments for the National Park Service. He currently holds a MS in Climate Science and Solutions and a BS in Parks and Recreation Management from NAU.

McKenzie was previously the Sustainability Coordinator for the City of Sedona. She draws on her background in environmental policy and non-profit development to find innovative strategies for municipalities to foster healthy communities. McKenzie began her career working above tree-line for the Appalachian Mountain Club, which strengthened her understanding of conducting community education and citizen science. In 2014, the Friends of the Rio de Flag recognized McKenzie with the Tom Moody Award for her leadership in preserving 2,700 acres of open space land at Picture Canyon and Observatory Mesa in Flagstaff. She holds a Bachelor of Arts in Government and Law from Lafayette College and a Master of Arts in Sustainable Communities from Northern Arizona University. When McKenzie is not attempting to grow food in the desert, she enjoys exploring the rivers and canyons of the Southwest.

McKenzie has lived in northern Arizona for over a decade and has an extensive background in board management. In particular, she enjoys working with nonprofits to successfully market and communicate solutions to complicated environmental issues. McKenzie is enthusiastic about OCWC’s efforts in watershed stewardship and preserving the integrity of Oak Creek.

Megan grew up and still resides with her family in Flagstaff. Megan absolutely loves northern Arizona and is very familiar with much of the surrounding areas, one of her favorites being Oak Creek. Megan has watched it grow and change since the 1990’s. The entire area brings Megan joy and peace, and would love to be a part of conserving and protecting the health and integrity of the waters of this area.

As far as relevant fundraising experience, Megan has served as Chair of the local Made In The Shade Beer Festival since 2014, although not held the last 2 years (2020 & 2021) due to the pandemic. This event benefits the Sun Sounds Foundation of Arizona, which is a radio station (KJZZ/KBAQ) and foundation based in Tempe, that provides radio reading services as well as radios for the blind and print-disabled. Megan was also an active member of the Sun Sounds Foundation Board from May 2014-Jul 2017. This experience has given Megan many good ideas.

Sally, originally a nature lover from North Carolina, found her way to Flagstaff in 1979. It was easy to fall in love with northern Arizona and eventually, her husband Tom Gebler who is a third generation native of Phoenix. Tom’s grandfather built their summer cabin in 1956 just south of West Fork, establishing a respite for generations to come.

Tom and Sally moved to Oak Creek Canyon in 2007 as full-time residents. They have witnessed and even assisted several rescues of stranded tourists over the years. Living right on the creek, Sally has a front row seat to the wandering public who find their way off West Fork and with each encounter, she strives to educate and inform. Sally’s passion for the safety of Oak Creek motivated her to join the OCWC and offer support. Having been given the gift of being able to live in the heart of the canyon, Sally also recognizes the urgency of spreading the word that the canyon and watershed is indeed being “loved to death”. While many solutions are in place, there is much more to be done. Whether she sees a bear, deer, otters, herons, black hawks, garter snakes and/or stranded tourists, Sally sees herself as a steward of the canyon.

Chantal (she/her) grew up in Northern Idaho. Her love for the natural world stems from her time with her family in Big Canyon and the opportunity to float the Salmon River as a teen. Today Chantal is the Assistant Director at Grand Canyon Youth, a 501 (c)(3) nonprofit in Flagstaff Arizona sending middle and high school students on experiential river expeditions. Chantal will celebrate her 15th year at Grand Canyon Youth this April. Working for a small and growing nonprofit requires great responsibility and provides an opportunity to wear many hats. She has experience with budgeting, fundraising, policies, management, permits, risk management, and other such nonsense and foolery. Joining the Oak Creek Watershed Council provides her an opportunity to continue to connect people with one of the greatest gifts we have– the natural world, it is a privilege to take care and steward this earth! 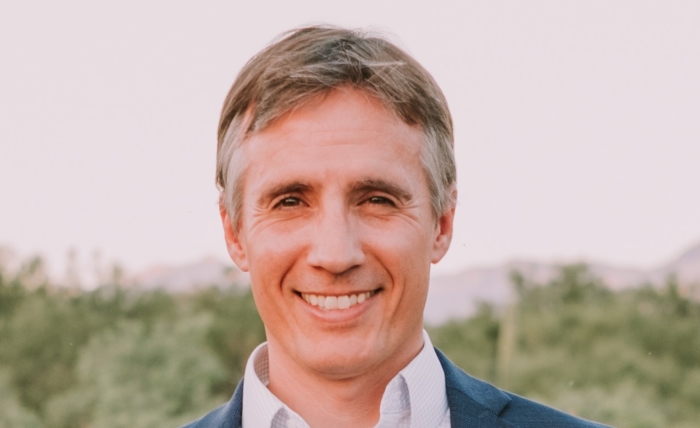